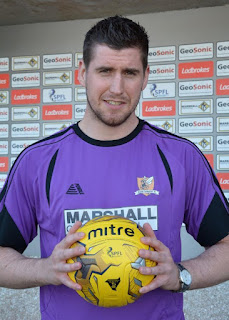 As Barry Ferguson's new look Wasps struggle to find their feet early in the new campaign, it's hard not to think back five years and the last time Alloa underwent a drastic close season rebuild.  Unlike the current crop, the Jack Ross class of 2016 hit the ground running. Premier League Inverness  were beaten as Alloa started the season by topping their League Cup group. Holders Ross County were then knocked out at the Recs on a night when a 3-2 defeat flattered the men from Dingwall. The Wasps started the league season by thrashing Peterhead 4-0 then going 5-1 up by half-time against Stranraer. With Iain Flannigan, Jordan Kirkpatrick, Kevin Cawley and Greig Spence rampant, Alloa were playing a swashbuckling style rarely seen in the lower leagues of Scottish football. Or indeed in the higher leagues. But the shrewd team builder that is Jack Ross had also ensured his side had a solid base. Andy Graham came in to partner Jason Marr and Scott Taggart took up residence at right bac
Post a Comment
Read more 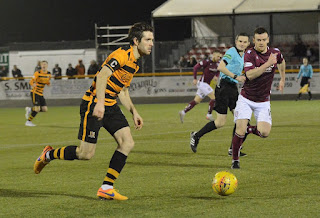 As the name suggests, this blog is pre-occupied with Alloa Athletic greats of the (mostly distant) past. But with a shock announcement this week, a modern day Wasp takes his place beside the Black and Gold legends of yore. Thanks to David Glencross for this picture. It's easy to forget now that Iain Flannigan was something of a slow burner at Alloa. Back when Paul Hartley first signed him in the summer of 2013, we had been spoiled with one of the finest midfield units in the history of the club. Darren Young, Graeme Holmes, Ryan McCord and Mark Docherty - with the likes of Kevin Cawley dropping back to add to the mix -  had inspired the Wasps to the Third Division title in 2011/12. With the addition the following season of Stephen Simmons and latterly Kevin Moon, Alloa had a midfield of a class seen rarely in the lower leagues. It all came together beautifully as 2012/13 reached its climax, promotion effectively clinched in the first leg of the play-off final as Dunfermline w
Post a Comment
Read more

The Bauchop Brothers of Sauchie 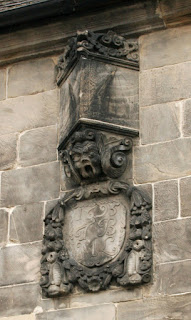 Tobias Bauchop's house. Pic from Richard Sutcliffe / Geograph. It was a 17th century master stone mason who first carved out a reputation for the Bauchops of Clackmannanshire. Tobias Bauchop's craftwork was in demand across Scotland and his home, his intials and those of his wife Margaret Lapsley above the door, still stands in Alloa's Kirkgate. Some 200 years later, two more Wee County Bauchops would found fame in Scotland and beyond, but by virtue of their skills with their feet. The story of these footballing Bauchops begins in Sauchie and the birth in 1882 of William, a second son for Jean and Robert. James followed in 1886. The boys found work in old Clackmannanshire industries. The turn of the century finds William as a dishmaker and 14 year old James as a woolen millworker, although like so many Sauchie folk in this era, he would also find his way down a mine. William had also emerged as a flying winger with Sauchie Juniors, where his elder brother Robert was
4 comments
Read more 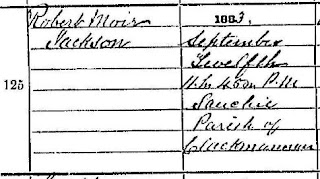 A brewer flanked by a pair of miners. Those who bemoan the vast gulf between the football stars of the 21st century and the fans who watch them could have no complaints about Alloa Athletic's pre WW1 half-back line. The 3 M's at the heart of the Alloa team were an excellent representation of the demographics of Clackmannanshire at the time. And they could play a bit too... Even a strong April wind gusting in from the west couldn’t spoil the gala day in Tillicoultry. The Annfield Park home of Tillicoultry Rovers was the venue for the 1904 Clackmannanshire Junior Cup Final with Alva Albion Rangers taking on Alloa Seafield Thistle. Thistle were very much the underdogs against an Alva side on their way to yet another Clackmannanshire league title, their eighth in ten years, and determined to add the cup to their haul. The man they looked to was Billy Hunter, a noted attacker who had been key to Alva’s semi-final defeat of Clackmannan. Hunter was setting out on a footballing jo
Post a Comment
Read more
More posts